Ok, so I think it is as good of a time as any to show y’all our new home! It’s been almost 2 weeks since we moved in, and there are already a ton of changes in progress that I can’t wait to share as we go along. However, I wanted to start with a base line to compare to.

Luckily for us, this house was pretty much move in ready, but needs some cosmetic help…some that is being done now, and some that will be done down the line.

First up: the living room/dining room. It is to the right as you come in the front door. The floor plan is open for just one big room, and I really like that!

There is a lot of light coming from the slider doors in the dining area (all 3 panels slide completely open, by the way…so it looks like there is no wall there at all), as well as the large picture window in the living room.

Big changes have already started in this room. The previous owners had used a flat paint on the walls, which really shows every scratch and mark and smudge. I wasn’t a huge fan of the brown color either…so we have already changed it instead of just touching it up! The living/dining room, front hallway, and the kitchen are all painted Benjamin Moore’s Paris Rain. It’s a grayish green color, and I absolutely love it.

The picture you see is a light version of the paint – it was fresh on the wall and hadn’t fully darkened up yet…but can you already see the difference in brightness from the brown to the Paris Rain? Positive change! Down the road, the floors in this room are going to have to be replaced, so when that happens we’ll be adding new, taller baseboards as well. The light fixture is also about to undergo a makeover…I’ll be sharing the really simple project soon (once I get around to doing it).

If you take a left when you enter the house, there’s a little hallway leading back to the utility room, 2nd bedroom, and the 2nd bathroom. It was painted a brownish red color to begin with, and already by changing to the Paris Rain it looks like a new house.

The 2nd bedroom was the kids’ room for the previous owners, hence the baby blue colors on the walls. For now, this room is serving as storage/a holding room as we get other things done. Eventually we’ll be turning it into a guest room, but that project is down the line at the moment.

And does anyone have any creative ideas for corner windows? You might have noticed – there is one in this bedroom, and there is another in the master. I don’t know how to do anything with them at the moment!

For some reason I forgot to take pictures of the 2nd bathroom when we first walked through. Trust me: it isn’t the prettiest, but it is functioning just fine so we will live with it for the time being. I’ll be back to share the changes that will be going on with it shortly.

How about the master bedroom? It’s right off from the living/dining room.

The walk-in closet isn’t TOTALLY a walk-in…you can just stand inside, but it has a lot of storage space in comparison to the one little closet Justin and I were sharing in our old apartment. See that module storage unit in the center? I’ve already reconfigured it a bit, and I’m liking the results so far. We are still in the process of trying to decide what color to paint this room, as it is also the brown hue that was in the living/dining room. I’m pretty sure it will be some shade of blue, but I haven’t fell in love with one yet. There’s a fine line between baby blue and grayish blue…as well as being too dark vs. too light. I want to make sure the room looks as big as possible, but I also want a bit of color incorporated. We’ll see…

On to the master bathroom. It’s pretty small, but it does have ample counter and storage space, so that is a plus.

Also – do you notice something odd about the ceiling? Not only did it have fluorescent lighting, but the ceiling was about a foot shorter than the rest of the rooms in the house (the same goes for the 2nd bathroom too). It seriously felt like a cave, so changes have already begun on it. Yesterday, we had the big mirrors removed, the ceiling was knocked out, and it was raised a foot. Recessed lights were added above the sink too to replace the fluorescent lighting. I can’t wait to show you the huge difference it all makes.

Now: the kitchen! Thankfully, this kitchen was pretty much good to go. The previous owners had pretty recently added new appliances; it is like they were pretty much unused from the get-go.

I have about 4 times more counter space than I did in our old apartment, and I’m still getting used to the fact that I have so many more cabinets too.

That nook area in the back…I don’t know what I’m going to do with it. I don’t have plans to put a table in, since it would block access to the room on the back left (which will be my office). Hm. Again, we repainted the walls in the kitchen the Benjamin Moore Paris Rain.

To the left off the kitchen nook area is the “office.” When we moved in, we quickly realized that the carpet was NOT in good condition, so we have to replace the floor in there before I set anything up.

So for now, it is another holding room. However, I plan to make this my office space and am contemplating how I want to decorate. Sorry Justin – no man cave for you…this room is going to be a bit more feminine than the others…

Finally, we’re going to step outside. Between the dining room and kitchen nook is the lanai. If you aren’t familiar with a lanai, it is basically just a screened in porch.

We already have a patio set out there so we can eat dinner outside on nice nights. The screens might need to be fixed up a little bit, but I’m glad I can open my sliders and open the entire house up!

And I have to show a little peek of the backyard too before I finish. It’s fenced in, so Lucia has a big area to run around in! She’s been enjoying herself the past 2 weeks.

And can we talk about this tree?!?!?! I have no idea what kind it is…I still need to look that up…but my goodness is it ENORMOUS. I need to take a picture of myself standing beside it to give you perspective. I think it would take about 4-5 people holding hands in a circle to get their arms around the tree trunk. It shades pretty much the entire yard as well, which is nice for my air conditioning bill. What that means for my gardening hopes, I’m not sure. I hope to have Justin build me some planters for a garden, and there is a stretch of yard that does get sun throughout the day, so perhaps I’ll have to use that spot. Also – I need to learn how to garden, because I don’t want to fail miserably.

Anyway, there you have it! The beginning of the new home. I hope to check in once a week or so to show what we’ve been up to, but for now: here is the starting point!

Do you get excited about projects around the house? 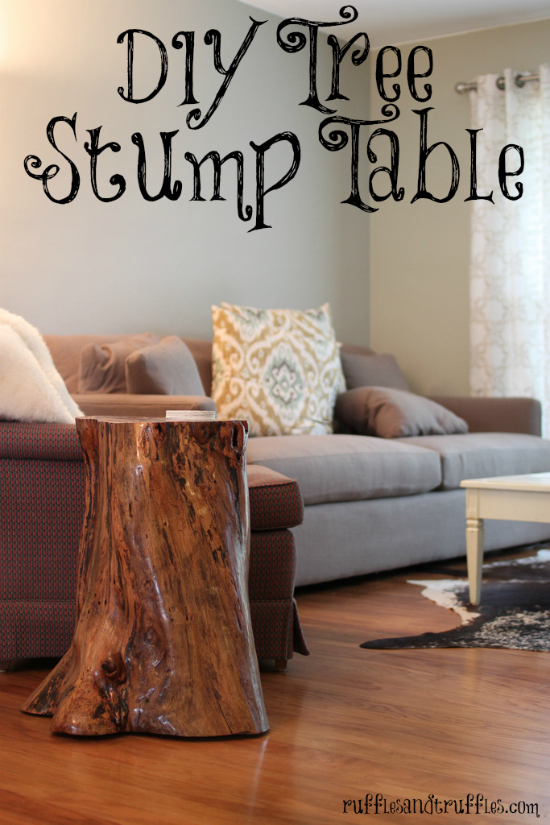 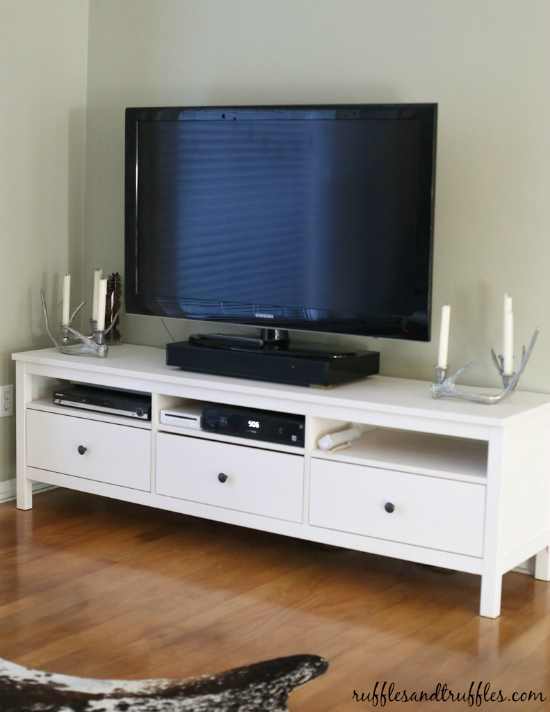 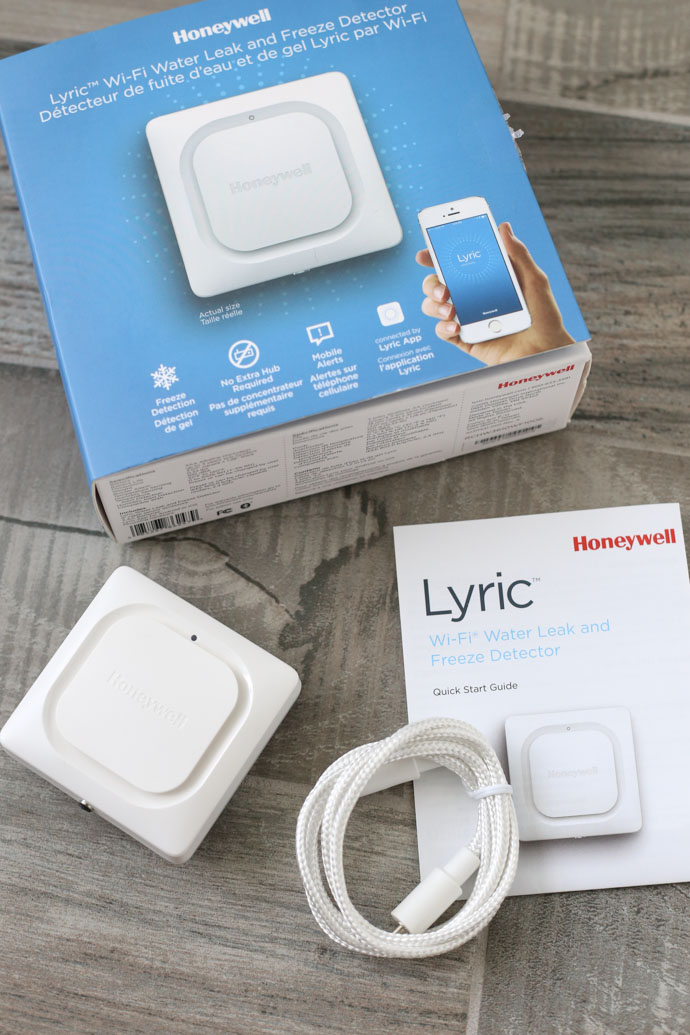