World: meet the new member of our little family. His name: Sherman. 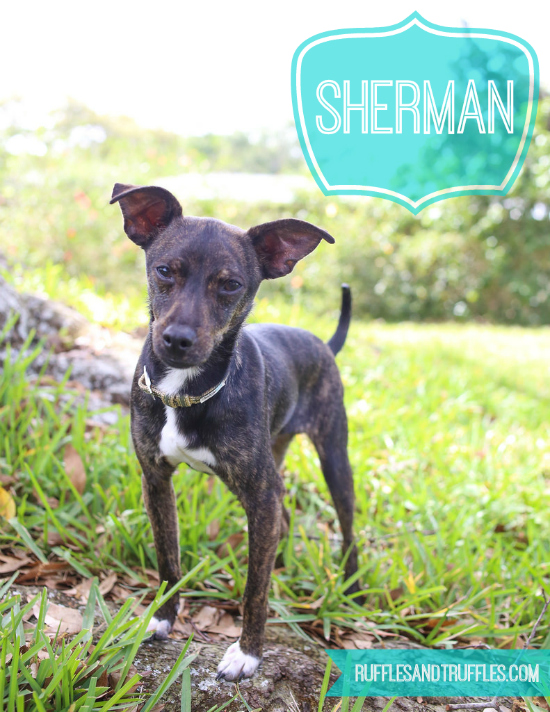 It happened on Saturday. The park by our house hosts a lot of little festivals and events on the weekends, and there just so happened to be an animal related one going on that day: Mutt Madness. We always like to head over and walk around the dog-related events. I typically hold/pet a few dogs and attempt to get Justin to do the same. He has almost always refused to though – the man stands strong (probably knowing he’d fall in love with a pup if he didn’t). 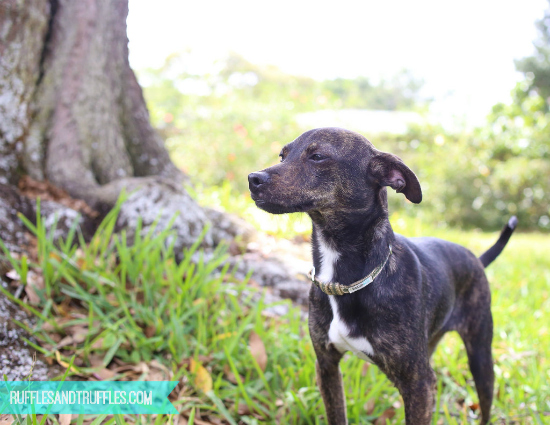 We didn’t plan on leaving the adoption event with a new family member. This much is true. I have known for quite some time I have wanted to add another furry friend to our home, but I’d been good at resisting. However, something just clicked when I looked down into the eyes of this little man, and it was game over from that point. 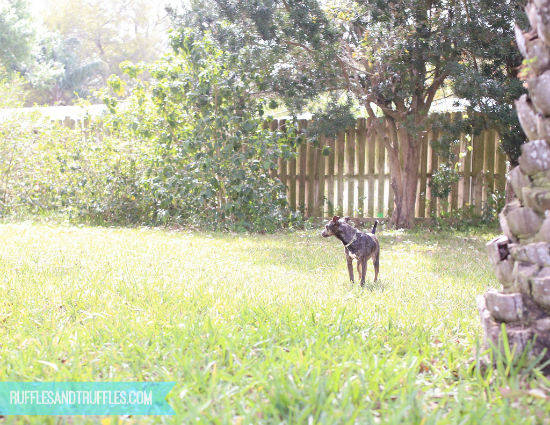 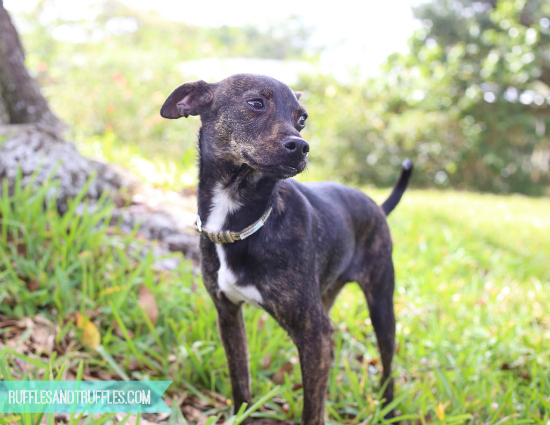 He’s nothing like what we would have expected when it comes to looks. If you would have asked me the day before what kind of dog I was looking for, I might have described a lot of things that are exactly opposite. He definitely has some chihuahua in him, but what else? We aren’t sure. He weighs in over 10 pounds (I’m guessing maybe 12?) and is 8 months old; I’m thinking he might gain a little bit more as he reaches a year old, but we’ll see. Although he looks kind of like a chihuahua in some ways, he differs in others – he has legs for days (super long and skinny); they kind of remind me of an Italian greyhound or a whippet. His nose is also elongated in comparison to chihuahuas…so he’s getting that from some other breed we expect.

We do think Sherman must have had a nice family before ours; whoever owned him previously turned him in to the county along with his puppy papers/vet information/etc. He was then pulled from that shelter by the Royal Animal Rescue out of Weeki Wachee. He has an incredibly sweet disposition, and seems really well adjusted (and house trained too). He is definitely a big snuggler, and really likes being held. I have almost been a little skeptical at how well he’s fit in to our home. Introducing him to Lucia was a bit of a shock at first, but after an hour or two of them being around one another, they quickly became friendly. I have to admit: I was nervous that Lucia would not accept him, but she has always really been good around smaller dogs, so I guess it shouldn’t be a huge surprise! She’s incredibly gentle with her new brother; it is pretty cool to see them interact. I’m still waiting for the time to come when they chase each other around the backyard; it is coming any day now, I feel it! 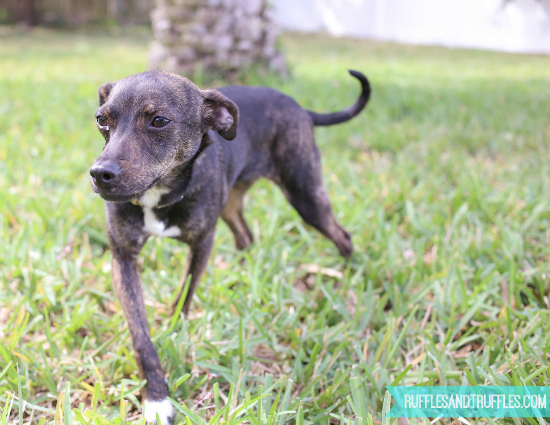 The name selection was a bit of a process; Sherman remained nameless until this morning actually! His “original” name was Scout, but after calling that name out to not a single head turn, we figured it wasn’t something he totally recognized, so changing it would be an option. I have always liked human names for dogs, so another nerdy name for our pack seemed right (to go with Theodore and Stuart). We also tend to shorten the names of our dogs for nicknames – we call Lucia “Lu” a lot of times, Theodore goes by “Theo,” and Stuart goes by “Stu.” Sherman can go by his full name, but I have a feeling we’ll also call him “Sherm” “Shermie” or “little man” quite a bit too. 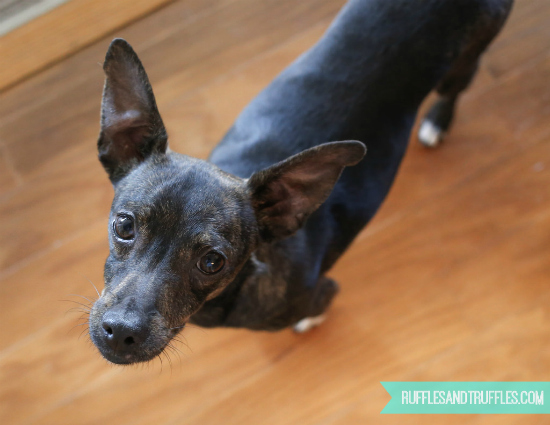 So, be prepared: Lucia won’t be the only pup pictured on the blog in the future! Welcome to the family, Sherman!