Yesterday was kind of a big day. It was my 30th birthday. I don’t know exactly how I feel about it – I didn’t want to make a huge deal of the event, but it does seem to be a birthday that has a bit more significance than others.

A lot of people I know have made lists of things to accomplish before their 30th birthdays – a “30 before 30” list, or something similar. I truly thought about that, but instead thought that it would be a good thing to reflect back on the things I did on my own before this birthday…without being prompted or feeling a sense of urgency.

Became a vegetarian. I probably should have done so sooner (I officially became veggie early 2014), but I did finally decide it was the right thing for me to do. I’d thought about it for years, and always told myself that I should be a vegetarian, but taking that leap and actually doing it was scary. But why not? It all hit me one day when I went to order a salad at a restaurant and as soon as I told them my salad order, I said “and add chicken.” When my salad arrived, I started to think, why did I just automatically order chicken? Is the salad just as good without it? Yes. So why was I pre-programmed into ordering meat? I decided to take a look at my habits and the next day I stopped eating meat. I’ll be honest – I don’t crave it whatsoever anymore. Can it be a little bit of a challenge to eat out at restaurants? At other peoples’ houses? Yep. But hey – it’s all good. I’m so happy that I made the decision and I’m not looking back.

Learned how to fold a fitted sheet. You guys – I NEVER thought I would be able to do this insane feat. Folding a fitted sheet is basically impossible. Mine usually ended up being wadded into some sort of wrinkled ball nowhere close to what it should look like. But after watching a few videos on YouTube, I freaking DID IT. Now, they aren’t perfect – maybe by the time I’m 40 my fitted sheets will be in a perfect, smooth fold…but hey – you’ve got to take victories when you get them.

Got in shape. This one sounds kind of silly, but it’s true. In my teens/early 20s I really knew nothing about fitness. I was one of those lucky individuals who had a fast metabolism and could get away with not working out in some way. I didn’t step foot in a gym even once in college, which kind of shocks me now. I wish I would have taken the initiative to get into a fitness regimen earlier on in my life, but I suppose my late 20s were the time that finally happened. I highly recommend everyone do the same: it doesn’t have to be anything intense. It doesn’t even have to be every day of the week. Finding something you enjoy doing and sticking to a schedule, whether it is a barre class, boot camp, weight lifting, or simply walking around your neighborhood, is what it’s all about. Signing up for a membership at a Pure Barre studio was one of the best things I ever did. When I knew I was paying for a class package, I got my butt in gear and made sure I didn’t miss classes. If you don’t currently have a fitness regimen you enjoy, don’t be afraid to try new things! I was terrified to take my first Pure Barre class, but if I hadn’t branched out to try something I’d never done before, I never would have found the workout I absolutely love to do every day! 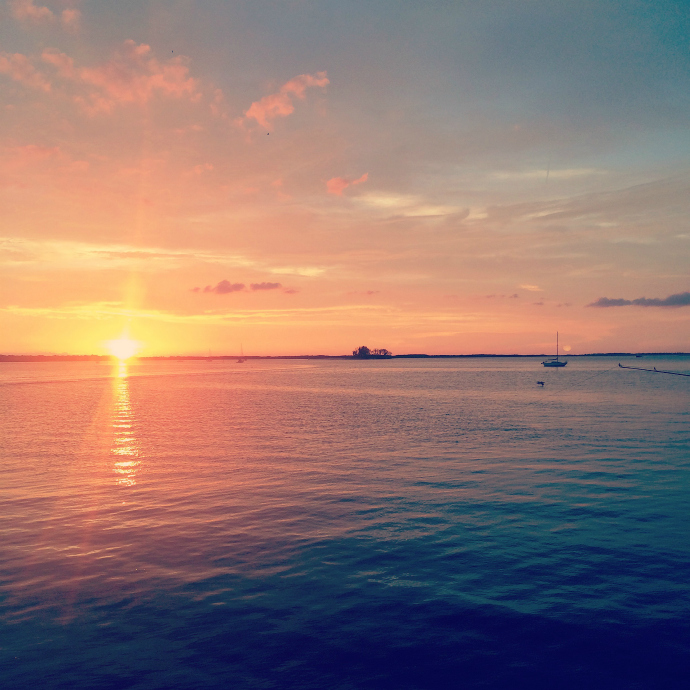 Learned to relax a bit more. If you knew me when I was in school, you would know that I was an insane perfectionist. I was a straight A student, my attention to detail was ridiculous, and I never wanted to do anything less than 100% perfect. It served me well academically, but when you get to the real world and when you get older, it just can’t happen all the time. I struggled with this in my early 20s, I really did. I don’t know if it was age, I don’t know if it was that the world beat me down a little bit, but somehow in my late 20s I started to realize it was ok to just CHILL. I don’t mean “be lazy,” but to be ok with putting something off for a little while, or to let myself accept that sometimes things are out of my hands…there is nothing I can do to change them, and to just MOVE ON.

Took risks. None of these were terribly earth shattering, but as a person who was oh so very calculated for most of her life, closing my eyes and diving into something where I wasn’t sure of the outcome was pretty terrifying. But I’ve done it now…multiple times. Has it worked out perfectly every time? Nope. Not really. But if you don’t take risks or take yourself out of your comfort zone, you’ll never change. You might miss out on some wonderful opportunities. If I hadn’t taken a leap of faith and contacted my studio about becoming a Pure Barre teacher, if I had been too scared to show up to the airport for training knowing NO ONE, I would never have realized how much I would love becoming a teacher and I wouldn’t be doing what I am doing right now. No risk, no reward. It doesn’t have to be high stakes, but taking yourself outside of your comfort zone every once in a while can truly reap benefits.

Changed career paths. Wouldn’t it be great if you knew exactly what you wanted to be when you grew up back when you were a child? Maybe that happens for some people, but I am pretty sure that question of what you are passionate about does tend to change over the years. It did for me. If you asked me what I was going to do for a career at age 21, my answer would have been different than at age 24. And different yet again by age 26. Annnnd again now at age 30. Whatever. Life is a journey, and sometimes you have to figure out what makes you happy. It doesn’t come to you all at once. I’ve learned through different jobs, through different coworkers, and more – sometimes things weren’t a good fit for me. Sometimes a job made me miserable and it wasn’t worth my well being to stay. It happens. You live, you learn, you take steps in new directions and hope that ultimately you will land in a place that makes you happy!

So…what will the next 10 years bring? Who knows! Here’s hoping my 30s will be a wonderful time to be alive!