Last week, Justin and I were invited by the folks at LongHorn Steakhouse to sample some of the offerings on their menu. 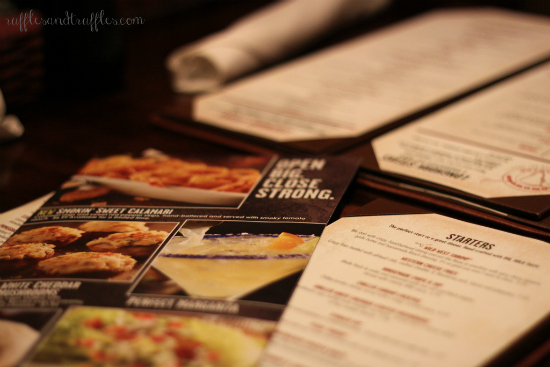 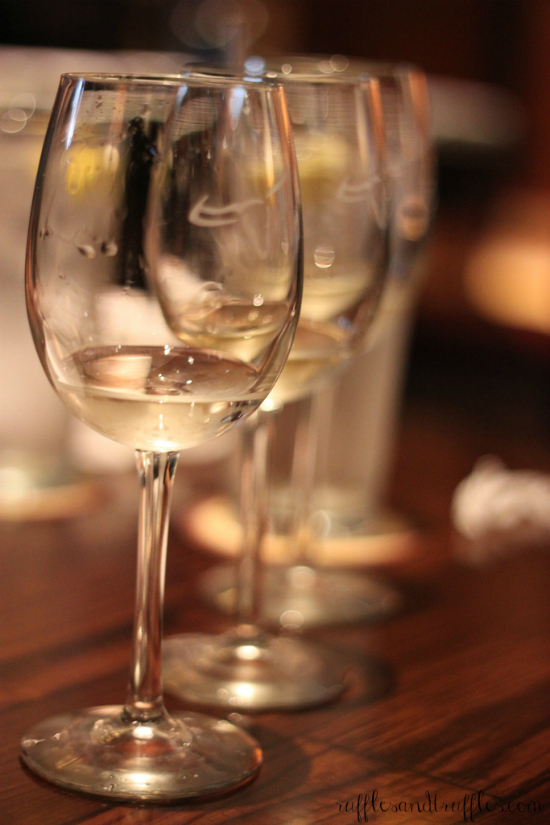 For 30 years, LongHorn Steakhouse has served steaks, chicken, and fish that are always fresh and never frozen. Now, many of those who know me are aware that I don’t eat red meat…so a steakhouse seems like an odd location for me to dine. However, I was eager to see if LongHorn could deliver a delicious meal not only in the steak department, but in the non-red meat department as well. I’ll give you a hint: it was pretty darn good. 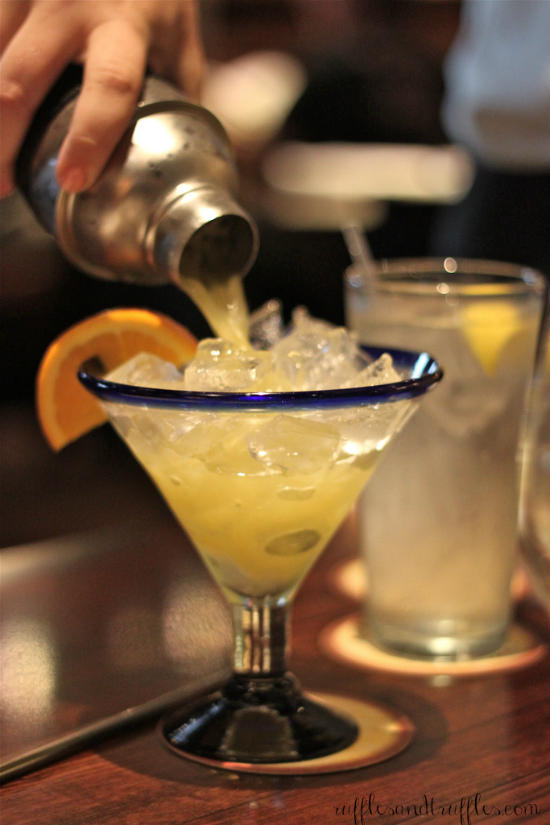 We got things started with a drink. Justin opted to try The Perfect Margarita (after hemming and hawing over the options – LongHorn has nine to choose from). It consisted of Sauza Conmemorativo® tequila, Grand Marnier®, Patrón Citrónge®, Triple Sec® and orange, lemon, & lime juices. 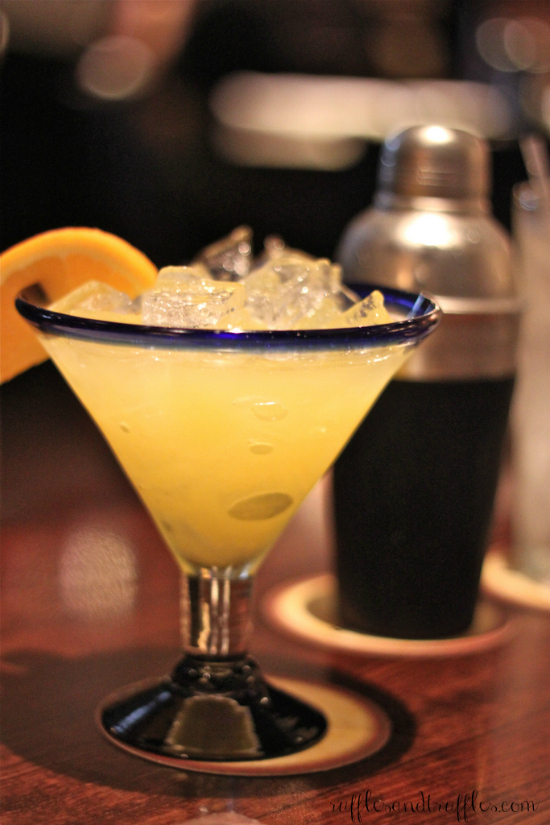 I have to say: this margarita was quite tasty! They bring it to the table in a shaker and pour it into a large margarita glass…and the best part? There is enough in the shaker for a refill! 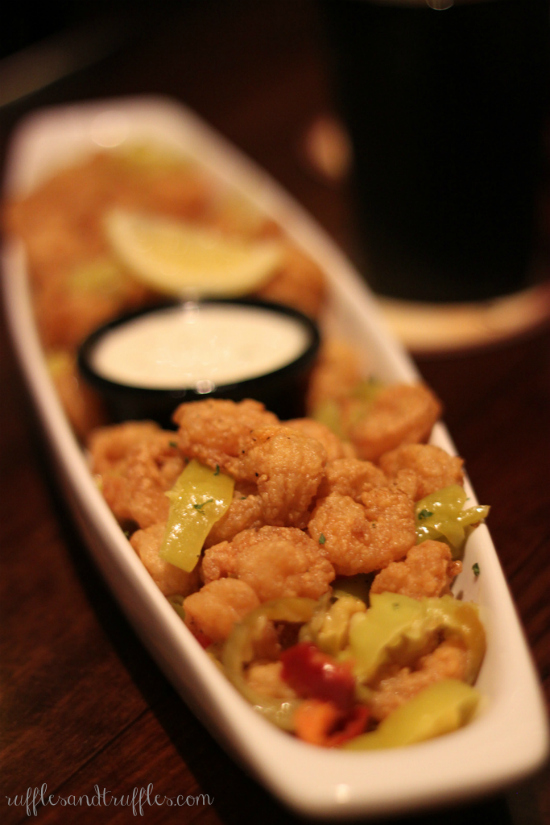 We had to sample a few of the appetizer offerings on LongHorn’s menu. First up: the Wild West Shrimp. The dish contains hand battered shrimp, cherry peppers, garlic butter, and ranch dressing to dip. I can see how this would be a crowd pleasing dish. 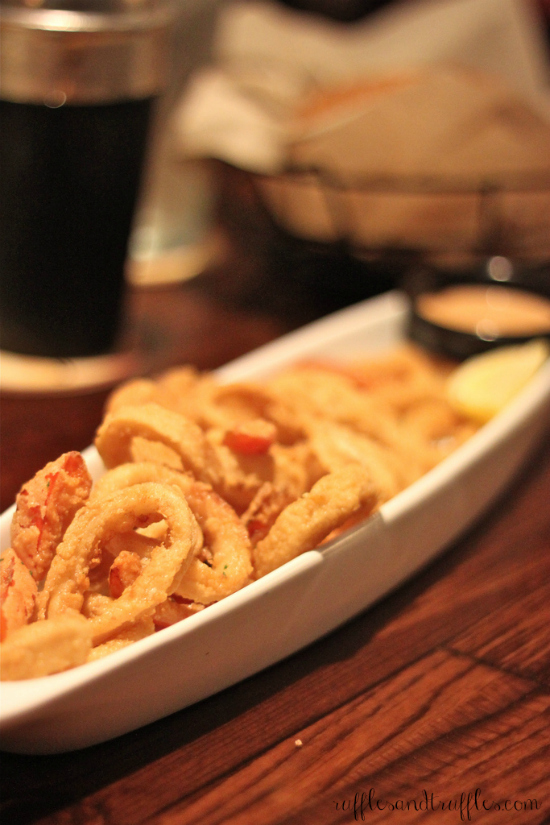 Also – we tried the calamari rings…a new item to the menu. I can be iffy with calamari, but these rings were up my alley – no tentacles in sight! The rings also came with red peppers in the mix, which add a nice sweet flavor, and paired with the slightly spicy dipping sauce, you couldn’t go wrong. We managed to devour the entire appetizer plate with no hesitations. 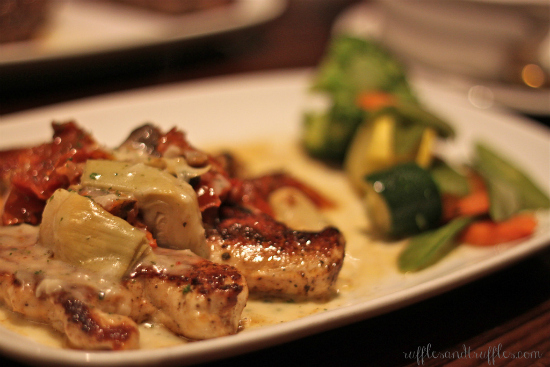 As for dinner, we decided to take the manager’s recommendations for each of our entrees. I ordered the Napa Grilled Chicken: chicken breasts topped with artichoke hearts, portobello mushrooms, roasted tomatoes, and a white wine herb sauce. The dish was full of flavor, and I could have devoured every bite. But, after appetizers and a side salad/bread, I knew I had to pace myself. 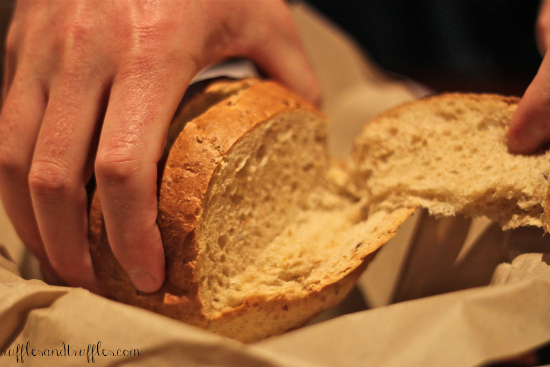 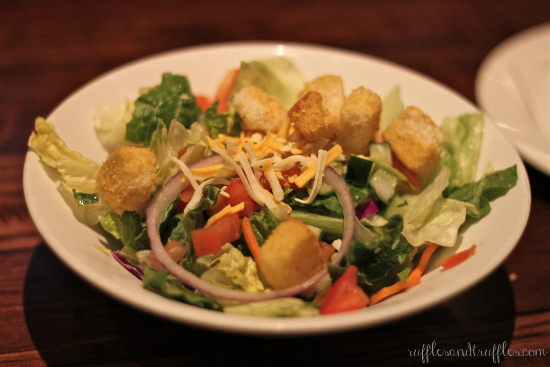 Justin, however, decided to go full throttle with his order. The manager suggested he try LongHorn’s Outlaw Ribeye®. Look at the grill marks on that beast! The ribeye was bone in, marbled, and cooked to Justin’s medium-rare preference. 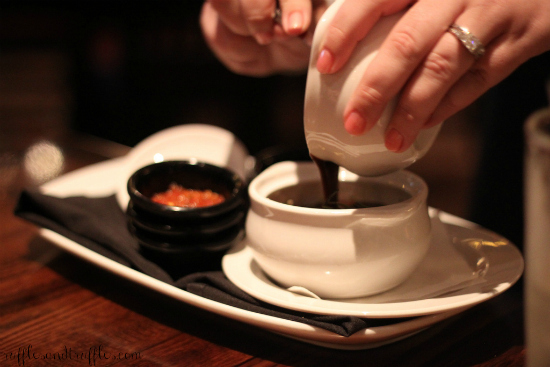 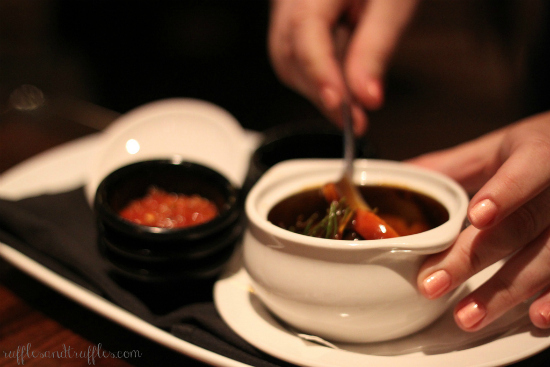 One pretty cool part of our meal was experiencing LongHorn’s tableside steak sauce service. Now, I’d heard of tableside guacamole, but never a steak sauce! Some white containers were brought to the table: one contained the steak sauce, and the other was filled with an extremely hot stone, a sprig of rosemary, and orange peel. As soon as you lifted the lid on that pot, you could smell the amazing aromas. Our server added a scoop of minced garlic, and then stirred in the steak sauce. It was piping hot perfection on top of the steak. Even as a non-steak eater, I found the sauce to be absolutely amazing. Would it be wrong to put steak sauce on chicken? Vegetables? Pork? Haha…

I don’t know how, but Justin managed to eat every…single…bite. 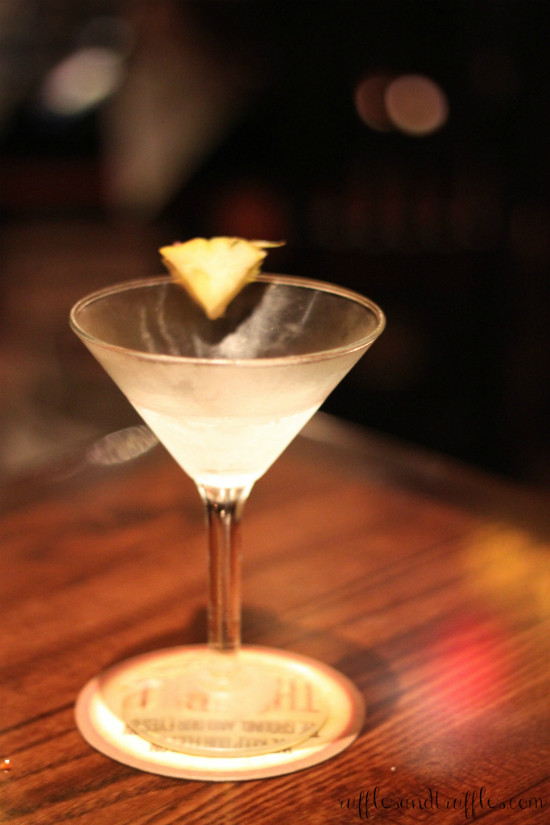 When we first walked into LongHorn, I noticed a large glass jar sitting on top of the bar…filled with pineapple slices. I’d seen similar jars at places like Ocean Prime, so I knew I had to ask about what was inside. Come to find out, the jar was filled with passion fruit vodka and pineapple slices. 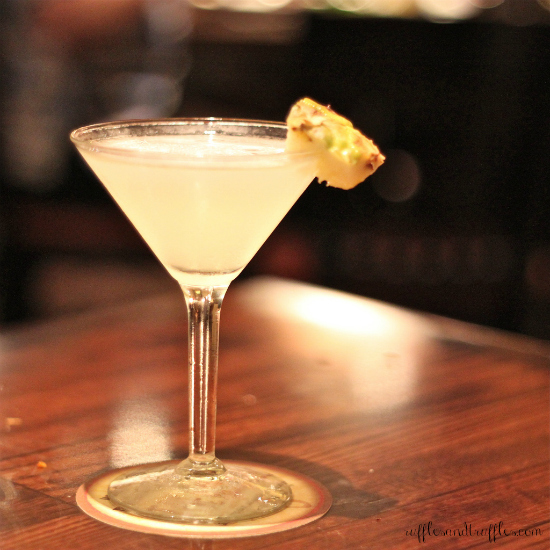 The Goldrush Martini is simply that flavorful vodka shaken over ice and strained into a martini glass, with a garnish of pineapple on the rim. Simple, but awesome. Justin and I both enjoyed sips from that martini glass. 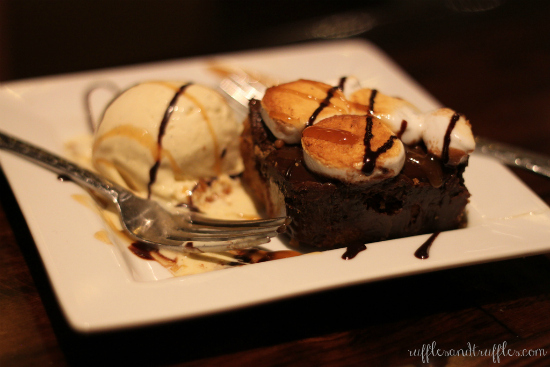 Oh but wait: we couldn’t leave out dessert, could we? A decadent plate containing a  Campfire S’Mores Brownie landed on our table. There are few things much better in this world to me than s’mores. It was a  fudge brownie with a graham cracker crust, topped with toasted marshmallows, and served with a scoop of vanilla ice cream. Technically, the menu says the brownie is for one person, but we found it was the perfect size for sharing as a sweet ending to our meal! But…um…I could have eaten the entire dessert by myself. Just saying.

All in all, we had an absolutely fabulous evening at our local LongHorn Steakhouse: it was a great location for a casual meal full of flavor. And if you’re wary of the large portions, LongHorn has recently launched a “Flavorful under 500” menu that includes an entree, side, and side salad for under 500 calories. How great is that? That menu feature is definitely something I can appreciate.

LongHorn Steakhouse operates more than 370 restaurants in 35 states, so make sure to check out their locations to see if you have one nearby!

Are you a fan of steakhouses?

Disclosure: LongHorn Steakhouse provided our meal, but all opinions and experiences are my own.