Last week, my mom and I embarked on an eight week adventure. We are teaching an after school class for kids dubbed “Sweet Treats,” where we will be creating a plethora of tasty concoctions with the little ones! Getting creative in the kitchen with small children can be a bit of a challenge, so for the next eight weeks I want to share the recipes we create!

Each week of class, we will have a theme. To start, the theme was: S’MORES! Who doesn’t love some marshmallowey, chocolatey, graham crackery goodness? During our hour long class, we created a few different treats…starting with S’mores Pops! 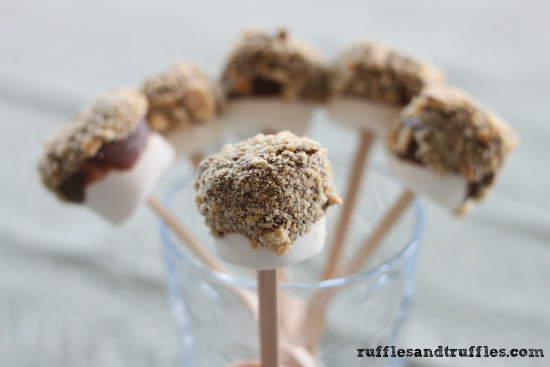 Aren’t they fun to look at? They’re very easy to make – even at age 3 or 4! They’re fun for the kids to create, and I would definitely be happy to display them as a sweet treat at a party or get-together for my friends. So cute!

Are you a fan of s’mores? Other than your good old fashioned campfire variety, what is your favorite twist on a s’more that you’ve enjoyed?

The other s’mores themed sweet treat we created were some s’mores brownie bites! These little guys were very simple to make – all it takes are some more marshmallows, graham crackers, and a brownie mix!

Since we were making these brownie bites with small children, the marshmallows on top were not toasted, but if you wanted to get a golden brown toasting of the marshmallow, simply place the brownie bites back into the oven for a few minutes (watching carefully) to brown them. Eating them while still warm would be the best, in that case! YUM! 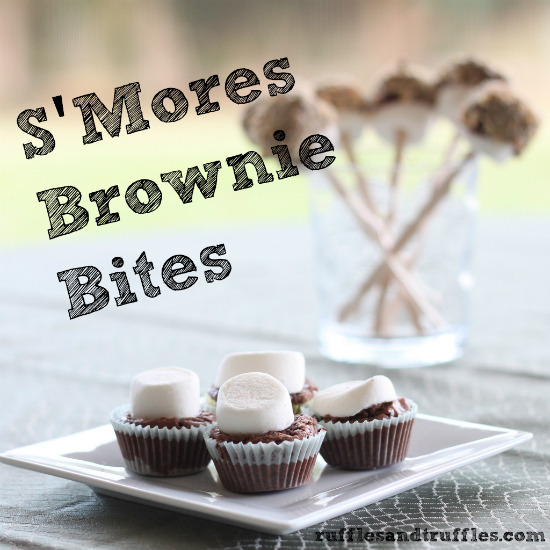