When it comes to big holiday meals like Thanksgiving and Christmas, I could pretty much take it or leave it on most of the items. Yes, I enjoy turkey and mashed potatoes…but I’m quite sure I could live without them.

However…I can’t live without one very special side dish. Spinach, artichoke, and brie stuffing! I started making it about 3 years ago, and I now dream about it on a regular basis. It is delicious…and it features spinach and artichokes – so that makes it healthy, right???

You start by sauteeing some onions with garlic and spices, and then adding chopped artichoke hearts… 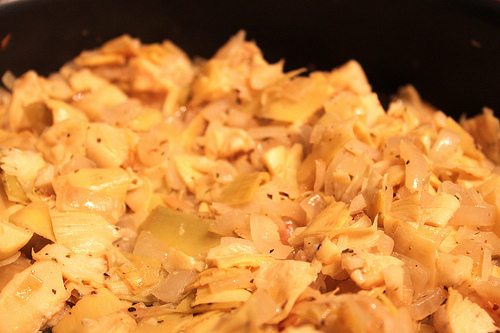 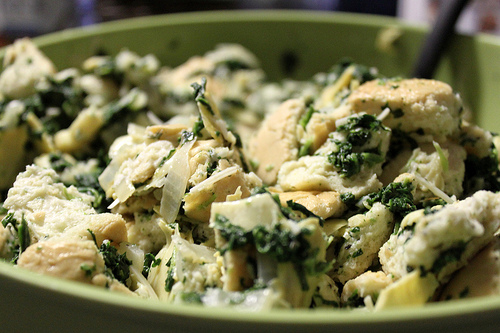 Add it to a 9×13″ baking dish, and start drooling, because it already smells great… 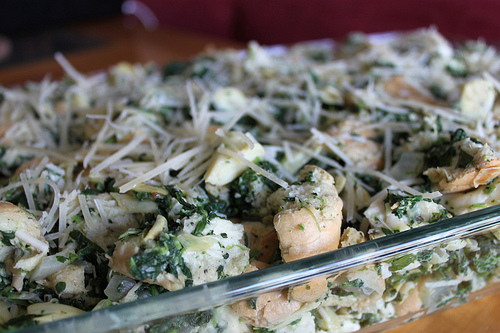 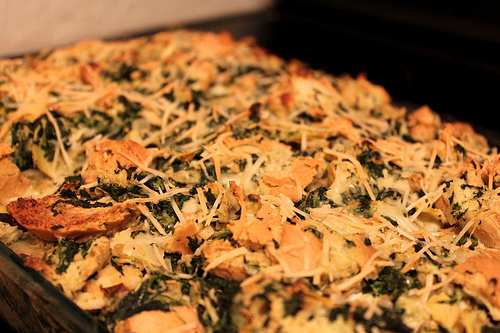 Make this…seriously. Then come back and thank me later… 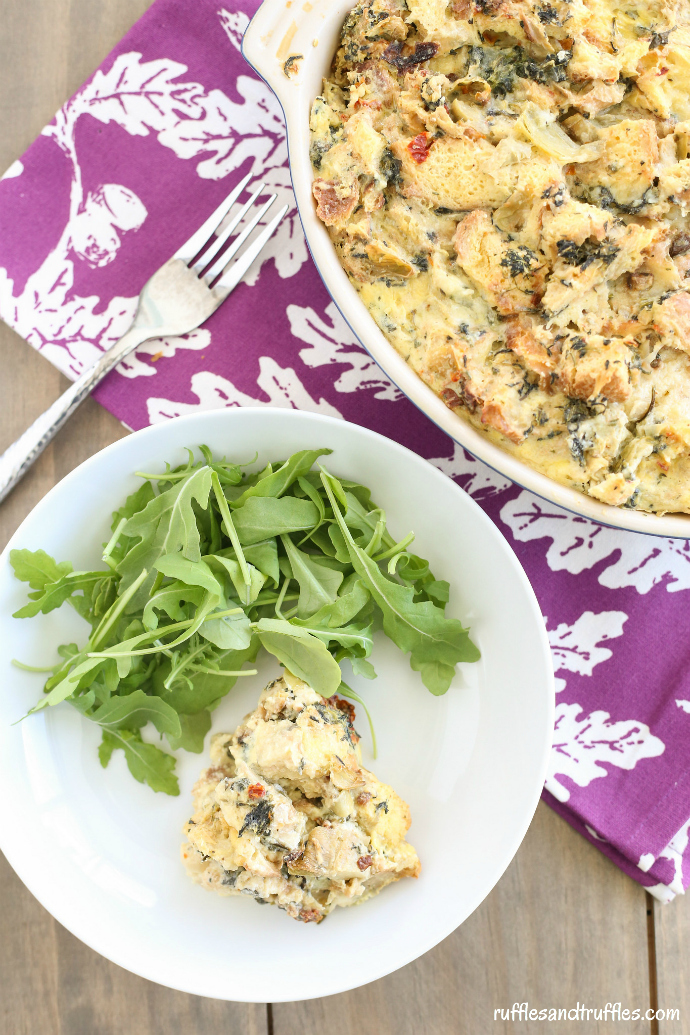 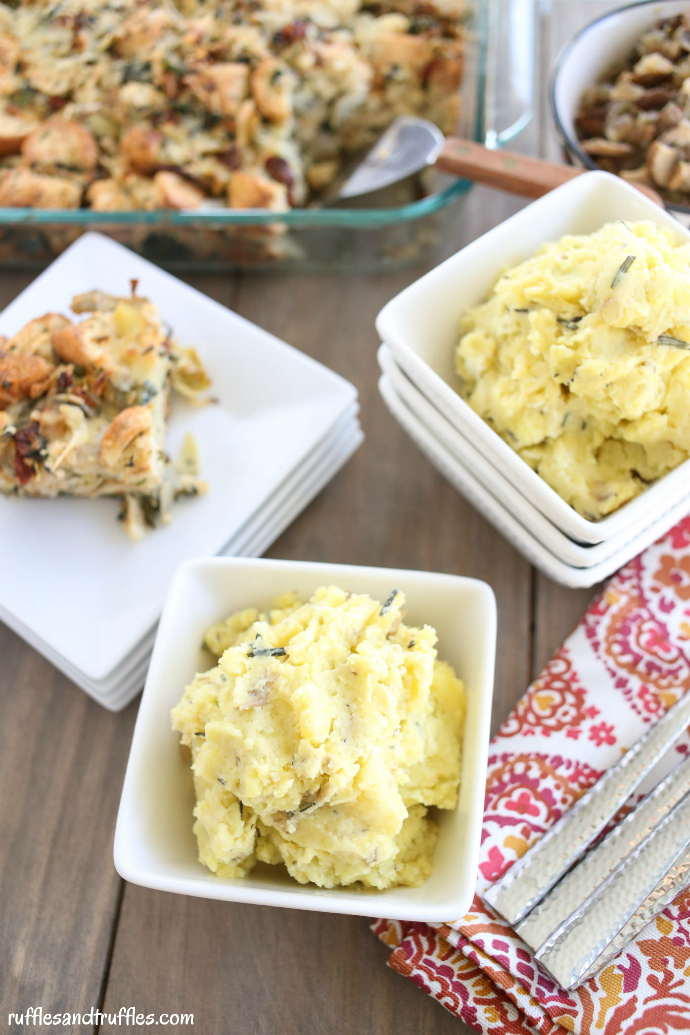 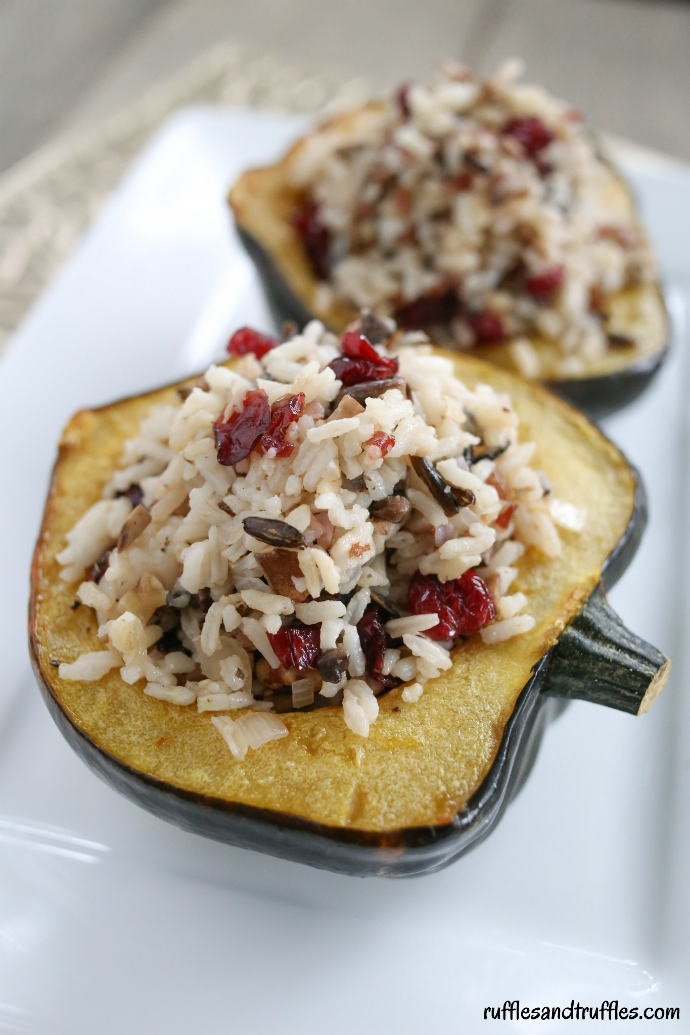