During the reception, we wanted to take a moment to acknowledge the married couples as well as the single folk! We decided to have an anniversary dance. We chose a classic song to play, and all of the married couples were called on to the dance floor. 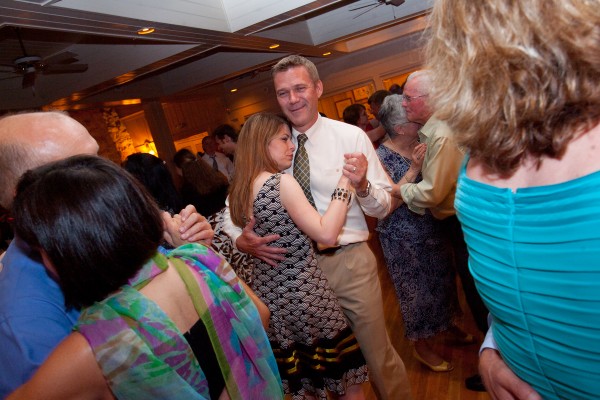 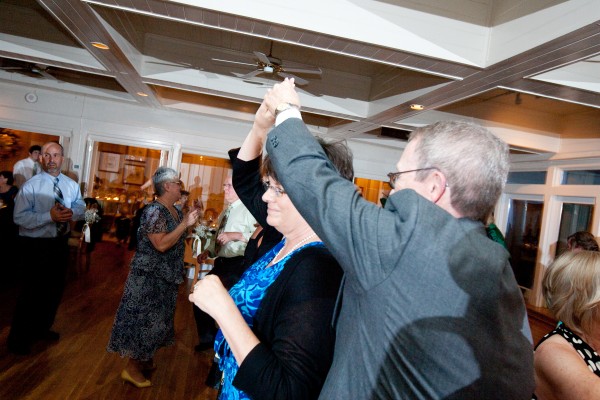 As the song progressed, our DJ prompted couples to leave the floor who had been married less than a certain amount of time (5 years, 10 years, etc.). In the end, the couple who had been married the longest would be the only one left on the floor. Obviously, Justin and I were the first to be kicked out!

We actually weren’t sure who would end up “winning” in the end…it was a close race! 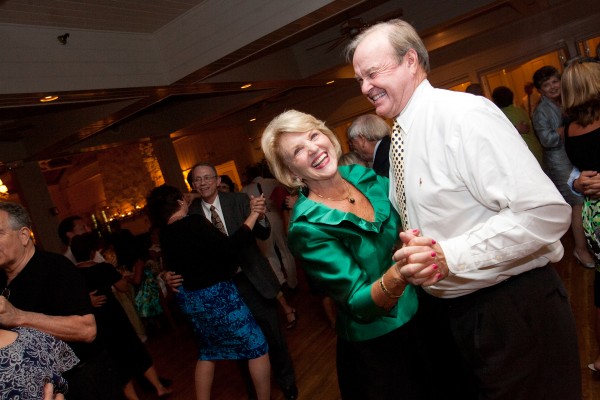 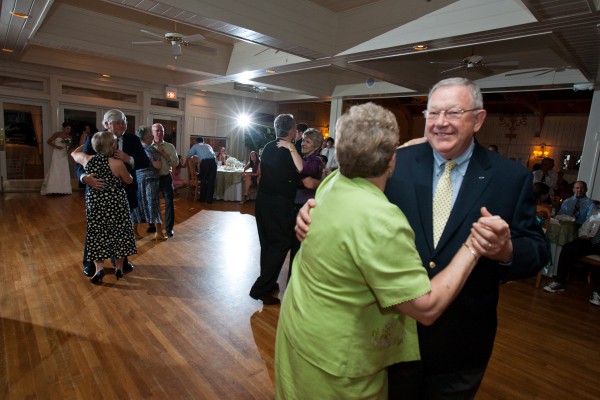 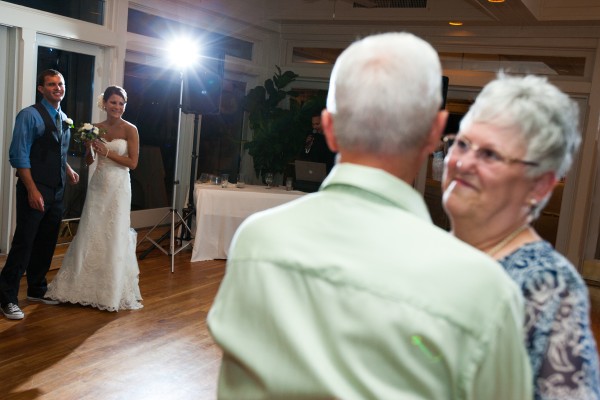 In the end, my Grandma and Grandpa were victorious over Aunt J and Uncle S!

We presented my grandma with a bouquet, as well as a few hugs and kisses. 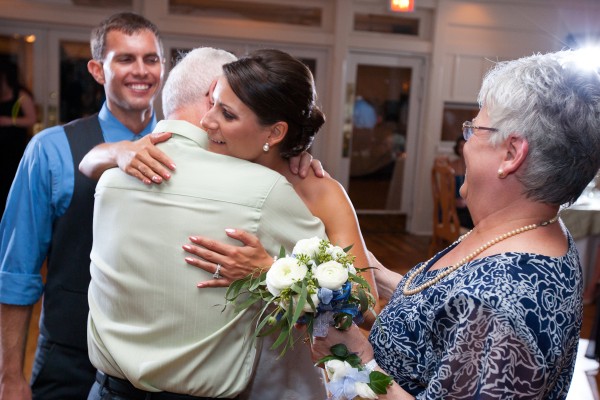 And then, out of nowhere, everyone was surprised with an impromptu spotlight dance! My grandpa had asked our DJ to play a certain song for my grandparents to dance to, and oh my goodness…did they DANCE!!! Back in the day, they used to swing dance, and they still had some amazing moves up their sleeves! 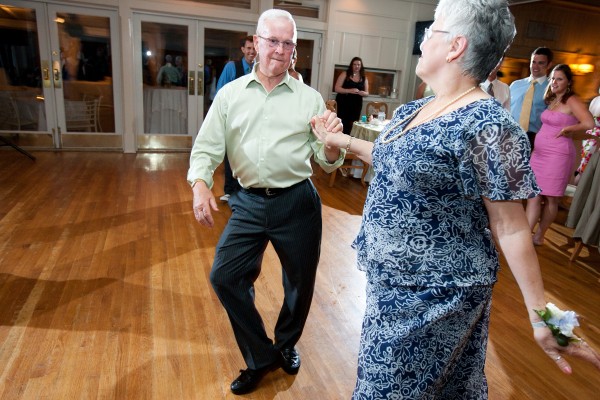 Seriously – Grandma was even wearing stiletto heels! Everyone at the reception sat/stood by to watch them. How cool was that?!?! 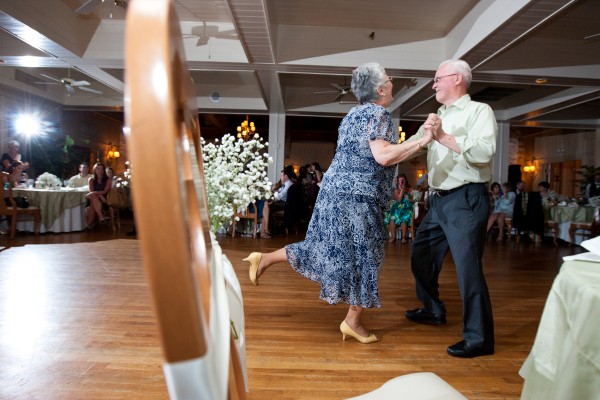 Have you witnessed any surprise moments at a wedding?

I became a bride, but our first look wasn’t what I’d hoped.

We took some photos alone and then with our bridal party.

Everyone hopped on the trolley and we took some family portraits before my cake arrived.

I gathered myself before the ceremony, our bridal party made their way down the aisle, and I followed afterward.

Our ceremony began with some readings and ended with a handfasting ceremony.

My ‘maids helped me adjust my bustle and we entered the cocktail hour.

We had fun in the photo booth then took some photos on the water.

We made our grand entrance, shared our first dance, and then danced with our parents.

Toasts were made, food was eaten, and a sunset was enjoyed.

I shared all the little details, and then the dance party got started!

We had a few “typical traditions.”