It is no secret that I have an obsession with risotto. Any time I can get my fork near a plate or bowl of it, I’m in heaven. Of course, the process of making risotto is somewhat long and drawn out. It takes some effort and dedication to faithfully stand next to the pan and stir it for at least an hour. WORTH IT, but the process is time consuming nevertheless. 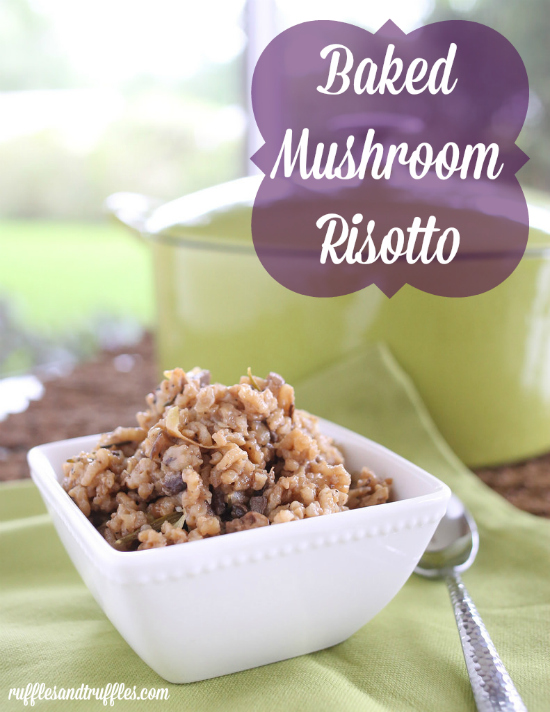 I’ve heard about making baked risotto dishes in the past, but I had to admit I felt skeptical that a baked version could be just as good. However, I am always willing to give a new dish or technique a shot, so I looked for a recipe to draw inspiration. I happened to have a carton of mushrooms that needed to be used up, so when I found this Baked Mushroom Risotto with Caramelized Onions over on The Kitchn, I thought I’d use it as inspiration, adjust it a bit to my needs, and go from there. 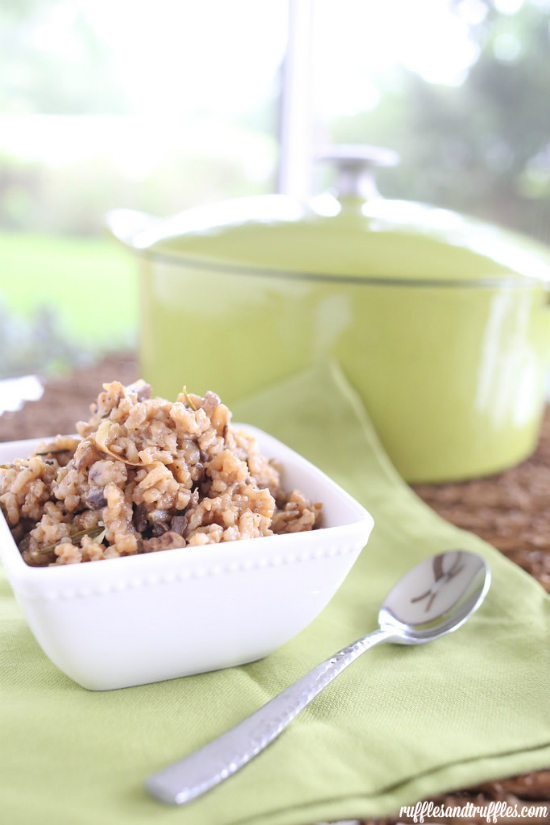 What resulted was a pretty dang good pot of risotto. I used my Dutch oven to bake my risotto, and it was definitely a great use for it. The risotto came out creamy and luscious. I have to admit: it wasn’t as amazing as my hand stirred versions, but for a weeknight creation, it was top notch. I am not trying to think up some more combinations to create, as this was definitely a winner in my book!

Have you made a baked risotto before? 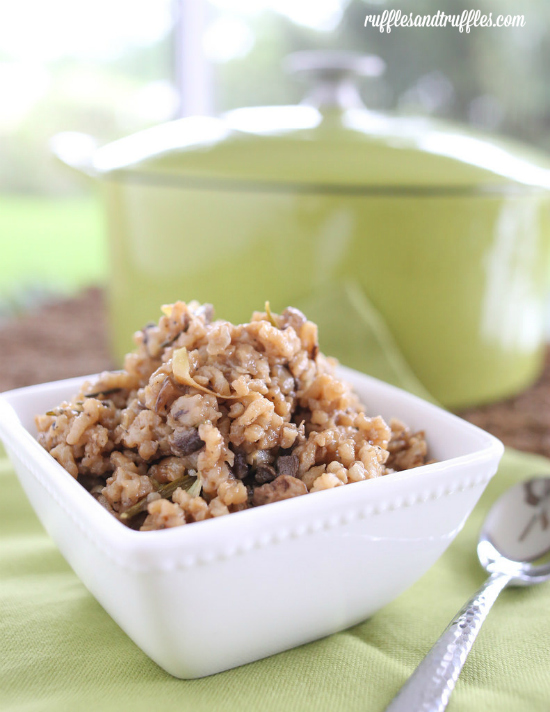 Adapted from The Kitchn, which was adapted from Not Your Mother’s Casseroles, Harvard Common Press